Break out those date books (OK, smart phones) and be sure to plug in Beaufort Wine and Food’s Craft Beer Festival – September 29 & 30, 2017!

The exciting 2 day festival will feature a variety of Beer seminars, luncheons and dinners in area restaurants, pubs and breweries as well a Pub Crawl and crowd Favorite – Beer, Bubbles and BBQ!

The two day festival will focus on North Carolina craft breweries and brew pubs, with a sampling from across the state.

Check back often for details on this not-to-be-missed event. This incredible festival lineup will be published soon! 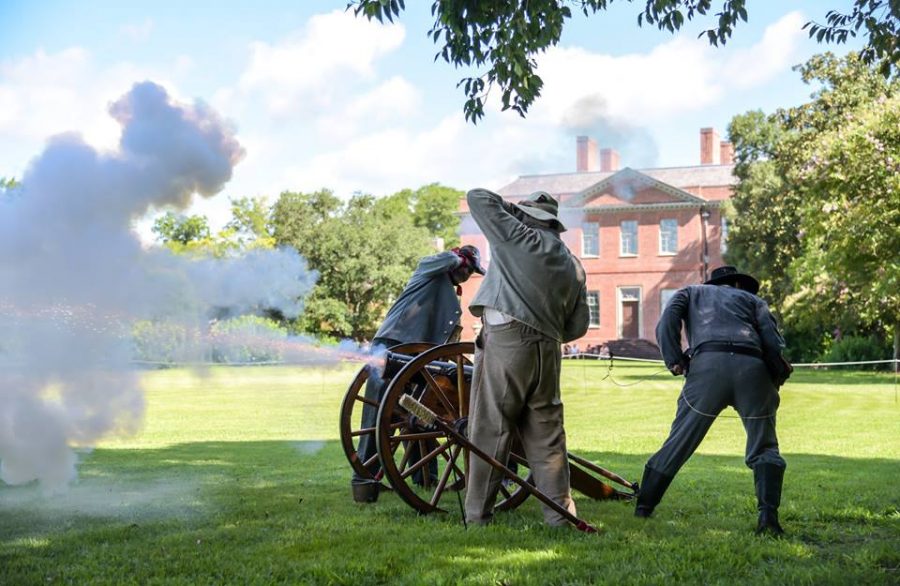 For even more Civil War history, visitors can travel to the New Bern Battlefield Park, which is the site of the 1862 Battle of New Bern.

May 6, 2017  The Wooden Boat Show of the North Carolina Maritime Museum in Beaufort was the first and is the largest gathering of wooden watercraft in the Southeast. Thousands of visitors are expected for this 43rd-year show. Children will be able to “Make & Take a Boat” and learn about traditional tools. This fascinating event takes place the first Saturday in May and admission is free. Traditional sailboat rides are available for a donation on Thursday, Friday, and Saturday. This is not a commercial show. Instead, it is a full day of scheduled demonstrations, talks, and races that attract people who share an interest in the art, craftsmanship, and history of wooden boats. Enthusiasts race radio-controlled boats in the pool on the Maritime Museum patio, and the public is given an opportunity to sail in traditional North Carolina boats. The Museum also houses artifacts from Blackbeard’s Queen Anne’s Revenge.  There is ample free parking at the County Courthouse just two blocks from the Museum.

That same day is the Beaufort Boatbuilding Challenge – an exciting, spectator-friendly test of speed and skill where as many as 20 teams build a boat and then row!

The fair will also include a wide range of children’s activities like pony rides, a petting zoo, and activities and crafts. Food vendors, historical goods, and crafts vendors will be available.

Featured on the Tryon Palace South Lawn will be cultural areas representing the early inhabitants and settlers of what would become North Carolina. Also meet with pirates and privateers to learn about life on the sea.

June 24, 2017 The Brew Bern Festival, held at the New Bern Riverfront Convention Center, has grown to become a popular beer and wine festival, focusing on 40+ American craft micro breweries and wineries with over 100 beers and wines to taste. There will be one tasting session at this special event, with three tickets options. The VIP ticket is $50 for admission from 12 – 5 PM. The General Admission ticket is $35 for admission from 1:30 – 5 PM. The VIP and GA ticket include unlimited sampling of all products offered and a tasting glass. The VIP ticket includes a special limited edition full-size collectors glass that features the Brew Bern and Beer Army color logos (available until the end of the VIP session). The Designated Driver ticket (available online only) which is $10 and will give you admission from 12 – 5 PM. There will only be 500 VIP and 3000 total tickets sold. This event will sell out so be sure you get your tickets as soon as they go on sale.

June 2017 Big Rock — one hardly needs to say more. The Big Rock Blue Marlin Tournament celebrates its 58th anniversary in 2016 and is one of the oldest and largest sport-fishing tournaments of its kind in the country. The nine-day event includes a one-day lady angler tournament boasting 60-plus boats and the main tournament hovering around 180 boats. The week is filled with fun activities and daily public weigh-ins on the Morehead City waterfront. The nonprofit tournament benefits charities and worthy organizations. The 2015 purse in Big Rock was over $1.6 million.

During the 43rd Annual wooden Boat Show, be sure to stop by the North Carolina Maritime Museum to see Blackbeard’s Queen Anne’s Revenge exhibit. In 1718, the notorious pirate Blackbeard lost his flagship, Queen Anne’s Revenge, when it ran aground in Beaufort Inlet. For more than 270 years, it was hidden by water and sand – the location a mystery to archeologists around the world. In 1996, private company Intersal, Inc. discovered the shipwreck. The Museum became the official repository for all artifacts from Blackbeard’s wrecked flagship, Queen Anne’s Revenge, among them cannons, grenades, belt buckles and beads. The permanent exhibit opened in June 2011 and expanded in January 2015. Free Admission and open to the public!  For more information, call 252-728-7317 or visit